I trained 4 TEDx speakers – here are 5 things I learned

So, TEDx Kreuzberg happened, and I couldn’t possibly be more proud of the four speakers that stepped on that stage and gave it their best.

I couldn’t be more proud because they rocked it, each one in their own way, and I’m happy to know that I had a part in their success as I trained them to give their best.

And if you think that getting someone – anyone – from wherever they start to a TED-like level of public speaking is hard, you are most certainly right!

I’ve been doing this for a while and I like to think I’m humble enough to know there’s always something else to learn – and I so did this time around… so here I am to share what I learned with you! 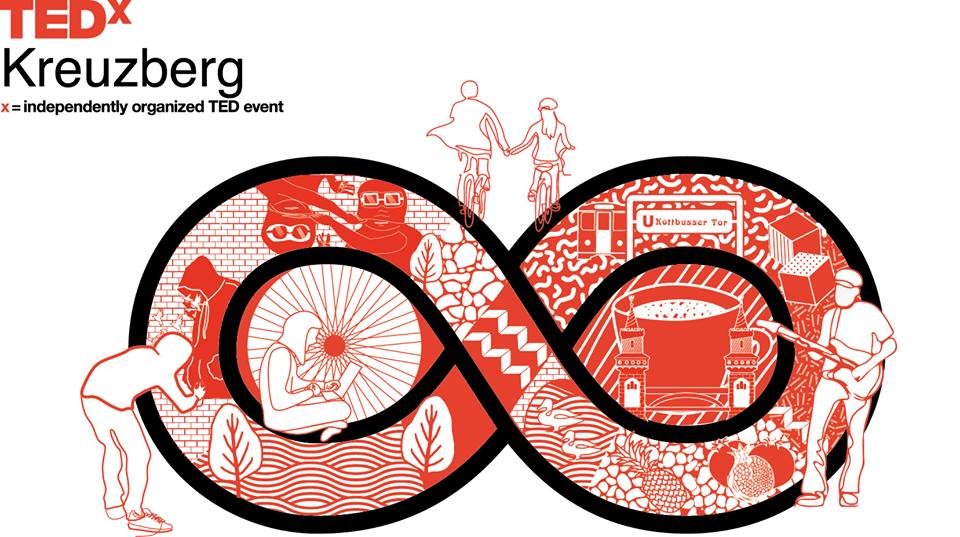 As good as you are, skilled to borderline arrogant with your quality as a trainer, you will never be as amazing by yourself as you would be with a partner in crime (or in training). I was lucky enough to meet Phoebe Blackburn for this project, and I find our collaboration to have been… interesting to say the least!

See, I work with improvised theatre techniques, and I’m bringing everything I can to the table (successfully so far!), whereas Phoebe comes from a wholly different world.

And precisely because we were so different, even at a personal level (don’t get me wrong, she’s a lovely person), the techniques and exercises we brought to the table not only worked on their own, but gave our trainees a whole different range of tools they could use. What’s more, if you put two people that are equally passionate and skilled in the same room, you can expect them to build on each other’s knowledge, and that’s exactly what we did.

I guess the old impro saying of “I bring a brick, and you bring a brick and together we build a house” is a good description of how Phoebe and I managed to work.

Jump and scream like a maniac at the back

This came out natural, but it may not be the case for everyone – and this is very much personal to me.

It starts with something simple: you meet someone who has an idea they want to explain to the world.

Then you work with them, you get to know them, you understand where they come from and what is personal to them.

And then, the event hits.

All of a sudden, you’re not the only ones in it. Your speakers are not just talking to you on stage, but also to a bunch of people they’ve never seen before, listening, observing and judging.

And that’s when it hit me.

All you can do at this point is be there for them, and that’s what you need to do. I’m pretty sure nobody needed it (they all rocked their talk), but I did go up to every single speaker and told them that I’d be in the crowd, that they’d see me, and if anything goes south, they could look at me and talk to me.

Long story short, I wanted them to know that they had a friend in the crowd that they could talk to one-to-one. I know that if I were in their position I would have appreciated it, and I think your job as a trainer does not end the moment they get on stage, but the moment they get off – cheering and supporting and being a friendly face in the crowd is a big part of the deal.

Whenever I look at TED videos online, they are just – of course – a speech given by one person.

In this sense, then, talks are fragmented. It’s one person doing a one-man-show.

While this is true during their talk, though, it isn’t during everything else that comes before and after that.

In impro we have this ritual we do before going on stage. We all hug and tell each other “I’ve got your back”. That simple, that powerful.

The four amazing speakers that went on stage that night were not four individuals, they were a group.

What I wanted was for everyone to know that everyone else was there for them – and that’s why I insisted on having group rehearsals, on doing group games and on having them say to each other that they had each other’s back.

Bottom line? Not only did they have a friend jumping up and down at the back of the crowd that they could talk to. They had three more in the first row that were rooting for them with all they had. If that’s not a powerful feeling to have when you’re way out of your comfort zone, I don’t know what is!

Before you ask: no, it’s not a contradiction to the previous point.

You see TED talks, you see how speakers act and talk, and you see a pattern: everyone has a similar pace, and a similar attitude – with minor differences once they get on stage.

What is absurdly different, though (and that’s what you don’t see it in the videos) is how everyone gets to that point. The four people Phoebe and I trained came from different countries, backgrounds, philosophies… and that is fine, but as a trainer you need to take that into account.

Yes, the final result will be an amazing talk, but it’s up to you to get them there in their own way and pace. I entered this task a bit naively – thinking I could just use the same approach with everyone, and was I wrong!

Each person’s speech is deeply, deeply personal – and the only way to get their personal story to shine is to connect with who they are and how they want to work.

You may have your ideas on what works and what doesn’t but be prepared to let everything go and take a completely different path so that it works with that person.

Your job is not to work with the best techniques and tools available, it’s to use whatever works for the person that’s in front of you.

Speak with the audience (not at it)

This is perhaps the biggest mindset switch you will need to pass on – and one of my most firm convictions.

I’ve been working in bigger companies and received trainings there before I became a trainer myself – and 100% of the presentation and public speaking trainings that I received had a fatal flaw. Everything was focused on YOU: how you look like, how you speak, how your body language is and so on.

And that’s rubbish, I honestly don’t even know why people bother listening to that.

In public speaking there is one thing that matters, and one alone: how much your audience understands and follows you. Nothing else.

That’s where your focus should be: your audience. You are not speaking at a screen or at a camera, you are speaking with people, and as such your presentation is not a monologue, it’s a dialogue.

Think of it this way: if you have a conversation with a friend and all you care about is yourself, how you look like and so on, you wouldn’t be much of a conversation partner, would you? Why then do it when the conversation is between you and a number of people?

You might argue that they don’t answer back and therefore it’s not really a dialogue… but I will argue back that they will give you lots of cues, and trust me: you’ll read them.

If your main concern is yourself on stage is just yourself, though, those cues will fly right over your head. And if your audience is bored, uninterested, or cannot follow, you’ll be none the wiser.

Your job as a trainer, then, is to make sure that the people you work with are able to read their audience’s cues. Actually, we all are, but we need to understand that they are there, that the audience is not a vague notion of a group that you can’t see because of the lights, but it’s made of people that are eager to listen to you and to talk back.

Also, if you’re curious about how this works in practice, take a look at my offer for stage training.