5 Teambuilding Games That Don’t Suck (thanks to improvisation)

***Updated: you can find an even more comprehensive list of teambuilding games here***

Think of your last team building event or leadership workshop.

Did they all work? I guess some did better than others, the ones that work, work on communication and leadership.

That’s all fun, don’t get me wrong! Who hates laser tag, seriously? 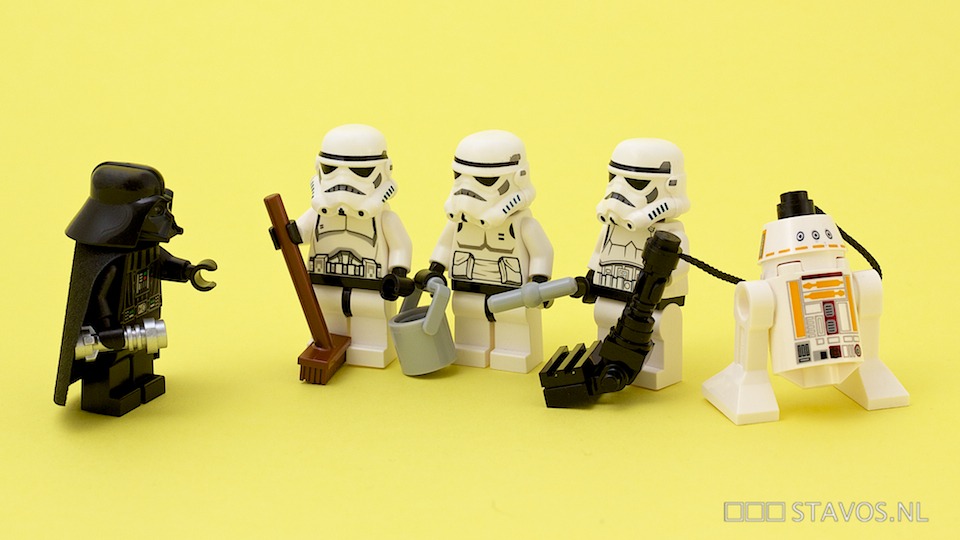 Afterwards, though, do you really feel more bonded with and connected to your colleagues, or does everyone just go back to working and not talking to each other?

Sometimes these events work, and that “sometimes” is precisely the problem. We don’t want sometimes – we want our team to become more solid every time.


To do that we need to work on making our team members connect in a way that:

People grow from such a mutual connection, they become more efficient, motivated and attached to their organization and communities (Oxford, 2011). This doesn’t happen by chance.  Two people that don’t like each other will not develop a deep bond on their own; you need to be the one channelling this type of connection.

Long story short: there are ways of creating solid and long-lasting bonds between your team members, and in this article I will show you exactly what they are and how you can put them to work. Plus, I’m throwing in 5 teambuilding games for you!

And if you want more, check out these other 9 Teambuilding Games For Meetings. If instead you’re interested in leadership aspects, take a look at my article on Leadership for New Work!

If you want your team to really bond, connect and avoid conflicts, have them work on these four areas:

Awareness is nothing more than having and unbiased look on reality. If you don’t like your colleague, but he’s brilliant at work, your opinion of him does not change how good he is – that’s reality.

Gratefulness and empathy help us deepen the connection to an emotional state – a heartfelt “thank you”, for example, feels positive and uplifting. Simple as that.

Being supportive means being helpful and respectful, no long explanation needed I hope.

Play is a separate framework where everything can happen and where people are more free to connect in otherwise impossible ways. Play is silly and unprofessional – and being able to play with your colleagues is exactly what we are going for! 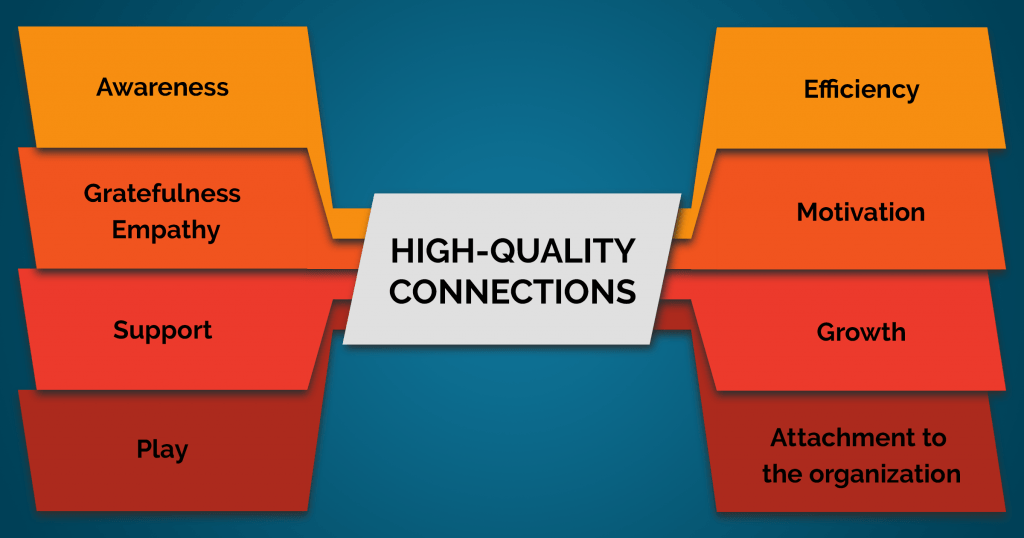 Play is also the key to getting all these factors to work together – so start by structuring your teambuilding event as a playful one!

Here are 5 teambuilding games to help you out.

Let’s get down to business. These are 5 teambuilding games you can throw in your next event, I’ve included instructions and purpose. These are exercises I carry out in some of my team building workshops.

Now, before we dive into each game, a couple of notes:

1 – Be playful! These teambuilding games are supposed to be fun, so make them fun and keep the energy up! Do go in detail about what their purpose is and how they connect you all, but that stuff is usually boring, so keep it for after you’ve played each game.

2 – These teambuilding games work, but they are not the gospel. Consider how they work with the people you’re with and feel free to change and adapt the games to them.

Also: these were not born as teambuilding games, they are exercises used in rehearsals for improvisation. Don’t let this throw you off: improvisation has a way of working with our head that switches some powerful triggers and helps us grow and develop. When it comes to teambuilding… well have you ever seen a team of improvisers work together on stage? Project teams have so much to learn from improvisation. Then again, that’s what the Applied Improvisation Network is there for! If you want some scientific proof, take what Applied Improv does for creativity, for example.

Enough about Applied Improvisation – here are the 5 teambuilding games I have promised!

I’ve done this at a workshop with Brandon Gardner of UCB. It’s a good warm-up that forces you to be aware of what is happening around you and to accept it. There are three steps to it.

Step 1: Everyone starts walking around the room, the facilitator can give four commands: Walk, Stop, Dash, Jump. Whenever a command is given, the group obeys it (tell people to be careful when they dash around).

Step 2: Same as above, but it’s not the trainer who yells out the commands: anyone at random can shout a command. The goal is to keep the exercise clean and to have people start looking at and listening to each other.

Step 3: Same as step 2, but the commands are not said out loud. Whenever someone makes a move (e.g. we are all walking and one person stops), that is seen as a command, and everyone must follow it until someone else makes another move.

By going from step 1 to step 3, people start to recognise how their colleagues are an integral part of the environment, how they are all likely to make a contribution to it, what the impact of this contribution can be and what it means to gracefully adapt to it.

I’ve first done this with ComedySportz Berlin. Everyone stands up in a circle and one person is standing in the center. This person must be always singing a song, the job of everyone outside is to take that person out of his misery by jumping inside the circle and starting to sing. Once they do, the person that was in the middle steps back into the circle and the game keeps on going.

The goal is for everyone to understand you’re all on the same boat and you can only keep on going by being there for each other (or by throwing someone under the bus by letting him sing the whole time, but that has never happened as far as I know!).

If you’re playing this game, remember to keep the pace up! Nobody should keep singing for more than 30 seconds, so get people to jump in as fast as they can.

This exercise (again from CSz Berlin) is a conversation between two people that always follows the same structure, but where the participants have to fill in the gaps. This is the structure

Now, the solution doesn’t even really have to make sense, it can be as random as “Great, I can then wave the tennis racket to interfere with the nuclear missile’s computer, throw it off its course and save us from certain death“.  It’s more important to stay in the exercise than coming up with anything that makes sense!

You could have two people go on stage and do this, or keep everyone in a circle and the exercise “moves” clockwise around it. If you want to make it easier you can have two buckets ready with a bunch of problems and object that people can pick and use.

The goal is to have two people connect in a supportive and thankful way – especially with the enthusiastic “thank you!” and high-five at the end. Do it right and this game is fun and playful – another thing we’re going for!

I first heard of this game from an interview with Marijn Vissers of Improphondo on the amazing Bring a Brick Podcast.

This is a splendid warm-up or ice-breaker that will throw your team directly in a series of high-quality connections. Here is how it works:

You can start it off. If you do, keep it superficial like “I’m looking for people who, like me, are wearing a black t-shirt“.

The idea is however to go somewhat deeper and have people share more. That should happen automatically. If it doesn’t, give it a gentle nudge the next time you are on the spot, for example you’re now looking for someone who has once made a gaffe or told a non-funny joke. Also, make sure the applause is loud and enthusiastic in case you call for one – it should be joyful and uplifting!

This game works on support (you are supported by everyone who stands up with you or claps for you), gratefulness (you are grateful for the support) and empathy (if the exercise manages to go deeper into emotions).

This teambuilding game is sort of advanced, so don’t do it at the beginning or perhaps not even in the first workshops you do. Here’s how it works:

There’s a lot of reasons for which this game is advanced – the number one being that expressing an emotion non-verbally is difficult. Actors train for years to do it so someone who has never been done it before may be unable, or uncomfortable doing it.

A shortcut around this is to ask participants to remember some emotional moment in their past that is still vivid and detailed, and use that as the source of their emotion. “Happiness” is a vague and abstract concept, whereas “ecstasy because you have been accepted for a student exchange program” is specific and real. Have your participants go for the latter. Also, point out that they don’t have to share with the others anything they don’t want to, just to play it safe.

Great, now I want to leave it up to you!

Have you played anything similar before or will you use one of these games? How did that turn out?

Let me know in the comments below!