The problem with presentations trainings (and what to do about it)

I spent years managing large projects as a consultant and I had a lot of trainings on how to present better on stage.

During that time there was one thing that fascinated me: how all those trainings were consistently terrible.

And the weird thing is that I didn’t realise it until a few years later.

Here’s how the story goes.

When I moved to Berlin I took up improvised theatre. Improv, for the ones who aren’t familiar with it, means being on stage with someone else, getting a suggestion from the audience and creating an entire show – writing it, acting it and directing it on the spot.

To be entertaining, the show needs to be engaging for the audience – and improvisers train quite a lot to understand what builds that engagement. In other words, a massive part of the training they go through focuses on how to create a story that their audience will want to hear, that they will resonate and empathize with.

One day, I was sent off to the European Commission to give an important presentation about a project we just finished, and when I started preparing it, something happened.

The improviser in me and the consultant in me were clashing, badly.

The improviser was thinking “Who are these people? What do they want to hear? How can I make them empathize with my story?”

The consultant, instead, was just mentioning stuff like “How can I look professional? What jargon will make me sound serious? What suit will I wear? How will I structure my slides? With what font?”

And in that difference in attitude is precisely the reason those trainings were awful: the consultant was only able to think one thing, himself.

Well here’s a secret: nobody cares about you.

We all have our lives, emails to answer, family time, cat videos on Facebook…. All things that are much more interesting than whatever the guy on stage is talking about.

So the question is: how do we make somebody care?

The consultant is a lost cause in that sense, but the improviser, working with all those theatre techniques, has maybe something to work with. There is a game we play, in which two people stand in front of each other, one needs to move and the needs to follow the other’s movements as close as possible – just like a reflection in a mirror.

Usually, the one leading movements will start to go crazy (jump around, move quickly…) and the one following them will be struggling to keep up – and as a result there will be a delay in repeating movements, much unlike a mirror reflection.

I like this exercise because it’s a good metaphor of what happens on stage.

Just like in the game your follower will manage to keep up only if you use simple and clear movements, your audience will only be able to follow if you present your message clearly and in simple steps.

This means that the full responsibility on whether your audience follows your speech is on you!

If instead you want to have fun in the mirror game and do sudden movements and jump around, your follower will never keep up.

You are in your head, thinking about your own fun and gain, behaving just like the consultant. And by the same token, if you’re in your head while presenting, thinking only about what will come next in your train of thought but unaware of what’s happening in front of you, you will lose people because they won’t be able to follow. Think of TED Talks, have you ever NOT been able to follow one?

In other words: unless you focus on the audience your message won’t go through – which is the only important thing in a presentation! Or in Leadership, for that matter…

Focusing on the audience just means observing them: some people are nodding their head, some people are shaking it, some are leaning forward or are on their phones… those are all signals that tell you how you are doing.

Your conversation with the audience

So, if the audience gives us those signals, it means that they are also communicating with us… non-verbally, granted, but they are telling us something.

If this is true, it means that the communication between us goes two ways, it’s not a monologue, it’s a dialogue… and this makes a world of a difference!

You know how sometimes you start talking with a friend and get carried away in the conversation? Hours pass without you noticing, and at the end you feel great about having shared that much and having enjoyed such a lovely time.

When that happens, you don’t dissect it and think about how you handled the status play, or what obscure NLP technique you managed to manipulate your friend! You just had a conversation with someone else and it was awesome.

It looks almost as if we forget that audiences are actually made of people, and that makes it impossible for us to connect with them.

An audience strangely becomes impersonal, a strange “blur” that is in front of us. And if you don’t see the person in front of you, it’s automatic to go in your head and make no effort to connect.

So, the question is: is it possible to get this type of connection when you present, to get this sort of personal exchange in a presentation, and if so how?

Here’s how I see it.

If I have a conversation with a friend I will automatically use a specific language, intonation and choice of words. I would use different ones speaking with my mother, with someone I don’t know, or with my boss – because the way I speak is an expression of the relationship I have with the person in front of me.

I speak that way because I know what relationship I’m basing the conversation on: having a relationship helps me behave in a way I know the person in front of me will like.

Don’t act like it’s weird, it’s something we all do, constantly, including you.

So how about doing THAT in a presentation?

Last time I went on stage I established that I was going to speak with a specific friend: a very smart and business-savvy entrepreneur that sometimes gets too caught up work and doesn’t focus enough on human connections.

And because I decided to address him, my language register and behaviour adapted automatically to how they would have been if I were speaking directly with him.

So now not only I have a message, but I already have established a relationship with the audience.

And this has another effect.

If I know what relationship I have with the audience, I will be different. I will not be a cold, aseptic professional delivering a message on stage. I will merely be a human being speaking and connecting with you.

And it’s so much easier for an audience to be connected with a PERSON on stage. We are all humans, we all relate to each other.

Bringing it all together 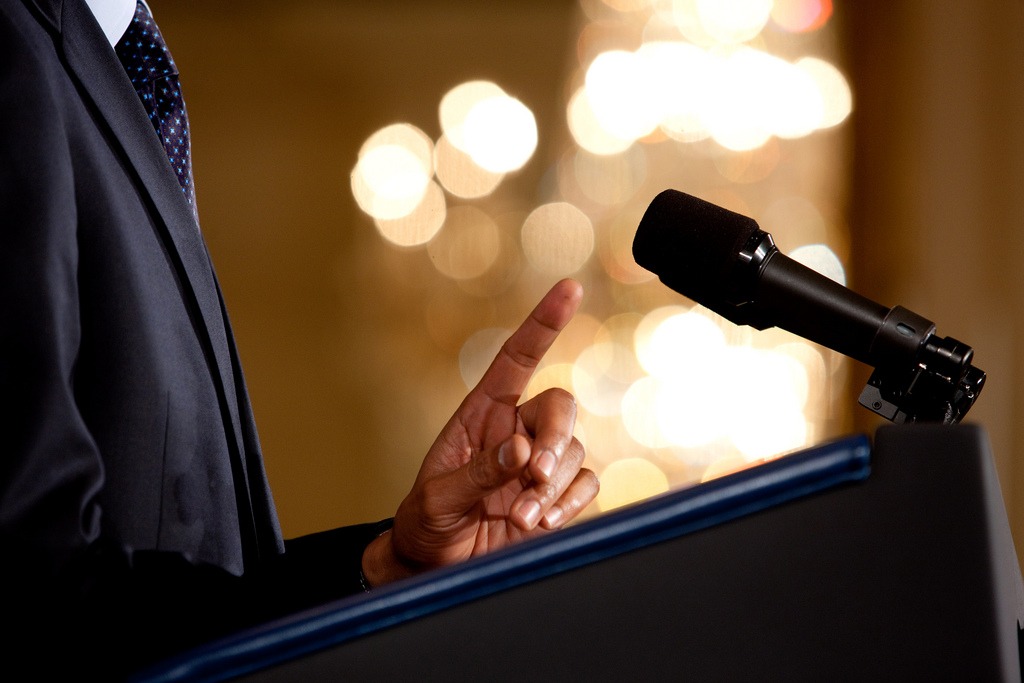 Often, in improv we can feel the effect of an audience on our show: a friendly or unfriendly audience can really make a difference.

And if you want them to open up to you, to establish a relationship, start by opening up yourself, Start by behaving and talking about your topic as if you were their friend, mother, daughter, or little sister. Whatever you choose, provided it’s real and personal, will get you this human component in no time.

We have a rule in improv that is common to many different schools, which is: make the other person look good. They say that whenever you go on stage as an improviser, 100% of your job is to make your scene partner look good.

In improv, this means accepting every idea that comes, not contradicting, not making him look like a fool and treating him like a genius.

If I’m presenting on my own and I’m alone on stage, there is only one person I can make look good: the person in the audience.

So I assure you one thing. If you manage to get this part down: if your greatest priorities in presentations become thinking about your audience first and making them look good… well, you’re done with 60% of the work. The rest 40% is content, and you are already great at that!